Set of 7 pcs. new rubber bushings for the motor mounts in the following Bang & Olufsen models:

This set covers the mounts for both the platter motor and the carriage motor.

The new bushings are produced by Beoparts-shop to be direct replacements for original Bang & Olufsen part# 2938137 (later 2938237).

Note: You will only replace the rubber parts.
You will reuse the original motors, screws, washers and cylindrical metal inserts (distancers or “spacers”), brackets, holders etc. 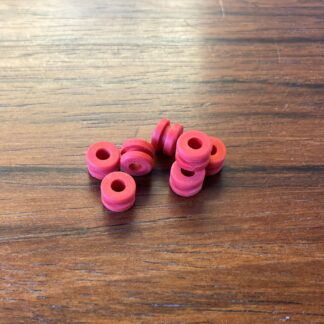