New reed element for use in Bang & Olufsen Beogram 4000

In Beogram 4000, magnetically activated reed relays are used in the power supply for power switching functions.
Typical symptoms of a bad reed element are:
– When the Beogram refuses to power off completely, goes in to standby with lights still on, the platter still spinning and/or something similar. This typically (and most often) happens, if the power supply was overloaded or shorted, even if only briefly.
– When loss of power to one or more circuits is diagnosed.
This happens when the contacts inside the reed element (rarely) goes bad from wear and use.

Note: A total of four elements are used in Beogram 4000. Replacing only bad element(s) is perfectly acceptable.

Note: The original element can occasionally bind in the coil former and its glass envelope may break from the stress of the forces needed to remove it.
The new element is slightly smaller physically than the original part to allow for easy fitting of the new element inside the coil former without stressing its glass envelope and without desoldering the complete assembly.

Note: Work carefully around the thin wires to the coils.
The coil wires are thin as hairs (and are occasionally mistaken for being exactly that) and they are more exposed in some versions than others. 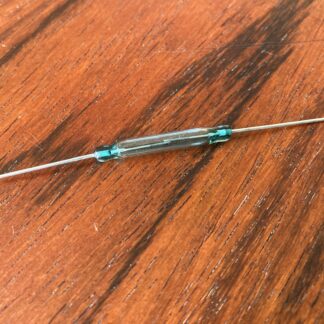